At BreakawayRoping.com, we believe in learning from the best. So we have partnered with world champion coaches to deliver strategic coaching, wisdom, and run critiques to our valued members. 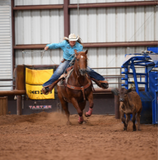 Lari Dee Guy is an eight-time Women’s Professional Rodeo World Champion and leading advocate for women in rodeo. Guy, of Abilene, Texas, teaches roping clinics across the United States, Canada, Europe and Australia when she’s not competing in the WPRA. She qualified for the first-ever National Finals of Breakaway Roping in Arlington, Texas, and she’s a 2021 Inductee into the National Cowgirl Hall of Fame and a 2020 inductee into the Texas Cowboy Hall of Fame. 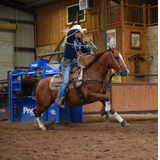 Hope Thompson is a three-time WPRA World Champion and a 2020 National Finals of Breakaway Roping qualifier. Thompson, alongside Guy, teaches roping schools across the globe and trains horses in Abilene, Texas. Thompson is responsible for the training of the great breakaway horse Super Chrome Ink, aboard whom CR Bradley won an AQHA Reserve World Title in the calf roping. 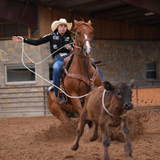 Madison Outhier won the inaugural RFD-TV’s The American’s breakaway roping title in 2019, and followed that up with the 2020 Women’s Rodeo World Championship breakaway roping title in 2020. After winning the two single largest checks in the sports history, Outhier went on to win the Texas High School Finals breakaway title in 2021. Also a world-class polo player, Outhier balances her diverse training regimen with her school work and horse training program. 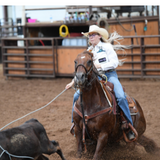 Aspen Miller is a two-time Mike and Sherrylynn Johnson's Vegas Tuffest Junior World Champion and an All-In Breakaway Champion. She’s qualified for the Jr. American and is actively competing and training with Lari Dee Guy and Hope Thompson. 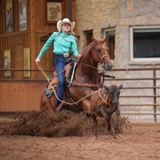 Josie Conner, at just 17, has won hundreds of thousands in breakaway roping earnings in just a few short years at the sport’s elite level. Conner is the Clay Logan Open to the World Champion, the Spoke Invitational Champion, The Masters Elite Champion and the Mike and Sherrylynn Johnson's Vegas Tuffest Junior World Champion. 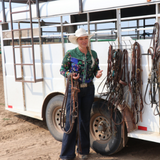 Linsay Sumpter, of La Junta, Colorado, is the head rodeo coach at Otero Junior College. From a family of rodeo royalty, Sumpter’s no-nonsense approach to coaching and competition shines through in her series on BreakawayRoping.com. Sumpter has flanked bulls, picked up broncs and day worked for a living, and that all-cowgirl attitude is what sets her apart from the pack. 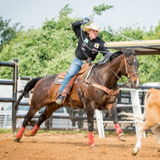 Shelby Boisjoli is the 2021 Reserve World Champion Breakaway Roper and the 2021 Women’s Rodeo World Championship All-Around Champ. Originally from Calgary, Alberta, Boisjoli—a two-time National Finals of Breakaway Roping qualifier—is based out of Stephenville, Texas, and is known for her noticeable first swing and her impressive AQHA mount, No Wimpy Turns (Onna), the first-ever Nutrena Horse of the Year. 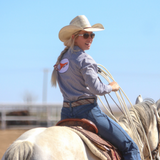 Bethanie Shofner is originally from Las Cruces, New Mexico. She earned the CNFR Grand Canyon Region Championship title three times in the breakaway and is now a force in both breakaway and team roping at WPRA rodeos and jackpots. Shofner now resides in Abilene, Texas, and trains horses with her fiancé, Logan Harkey. 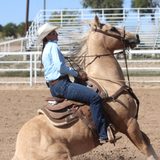 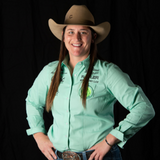 Kelsie Domer is a nine-time Women’s Professional Rodeo World Champion and National Finals Breakaway Roping qualifier from Dublin, Texas. Born into a family of ropers and raised in Oklahoma, Domer moved to Texas to live and train with breakaway legend Jackie Crawford before heading out to grow her roping career and start a family. 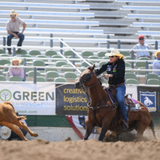 JJ Hampton is one of breakaway roping's living legends from a family of greats. She won her first WPRA World Championship in 1997 and earned 17 more in breakaway, tie-down, team roping and all-around in the years since. Hampton is a three-time National Finals Breakaway Roping qualifier and is known for her fast throws and killer confidence.